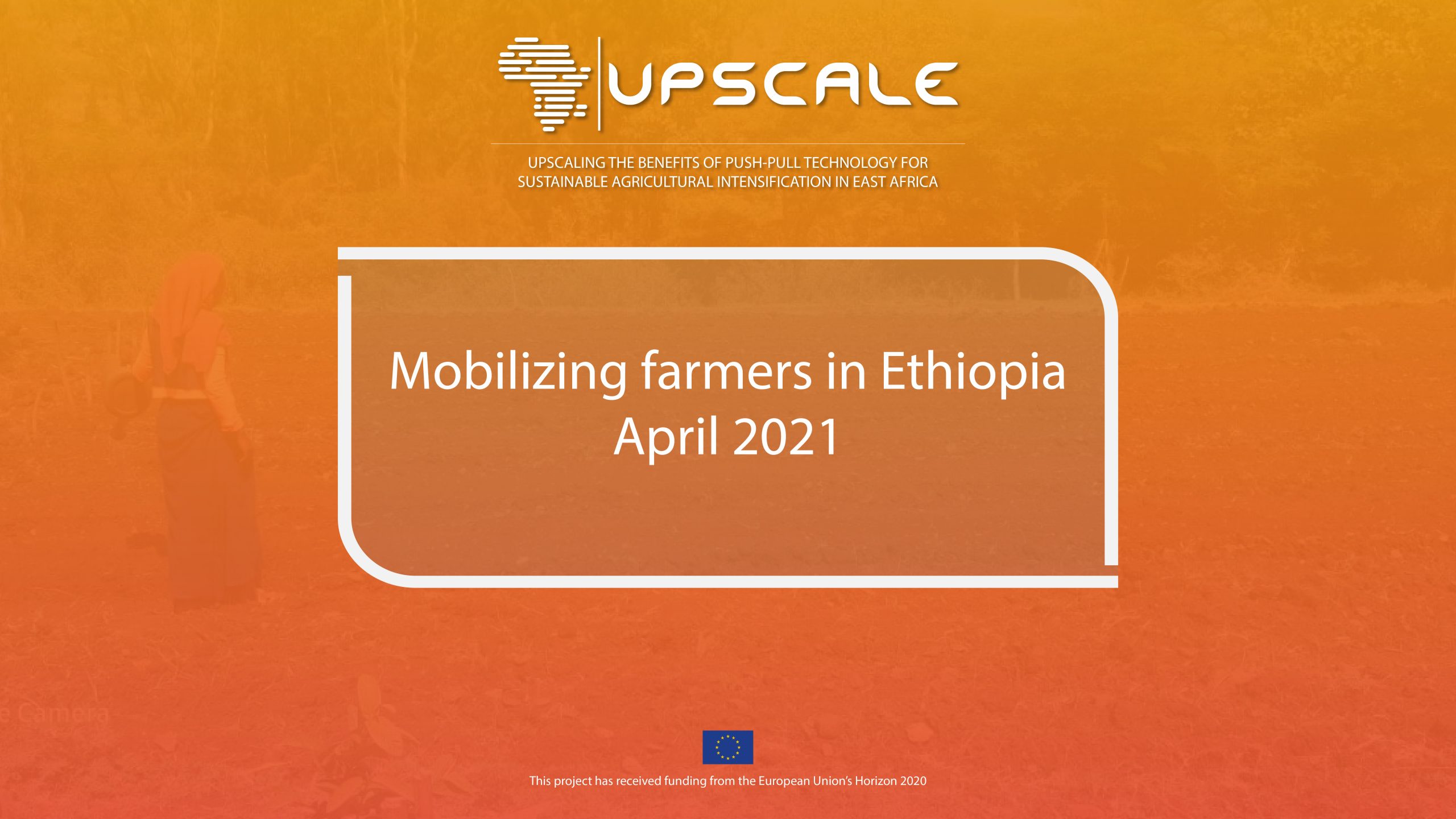 In the efforts to mobilize the Ethiopian farmers to implement push-pull technology on maize control farms for the cropping season of 2021, UPSCALE partner – Institute for Sustainable Development (ISD) has organized three events during April 2021. Including the farmers and ISD staff, the organization aimed at including other relevant stakeholders namely, BoA officials, Agricultural offices authorities, and professionals/experts from respective Woredas, as well as Development Agents from the region.

What has been achieved?

The woreda agricultural office authorities and professionals have expressed a strong interest and willingness to support the implementation of the UPSCALE project and push-pull technology in their respective woredas.  Concretely, this support will reflect in the following:

When it comes to the farmers that want to implement the push-pull technology, the following is expected:

As the project, testimonials of other users and the benefits of the push-pull technology were presented, feedback from the farmers and other stakeholders serves as well to establish which are the current pain points and what are their expectations. ISD team has established that the agricultural professionals can provide adequate support and farmers willing to implement push-pull indeed have the capacity to do so in the next cropping season and actively contribute to their local communities as well as overall results of the UPSCALE project.

Nonetheless, as mentioned, pain points were also identified for the participating districts. On one hand, input and technical support to farmers has been insufficient so far and they are crucial in the following period and activities. On the other hand, despite the high number of included farmers, there is still a disproportion in terms of female farmers engagement. Based on the feedback collected by the ISD team, this is due to societal conditions in particular regions which do not allow for women to hold certain household positions. Such findings directly shape future steps and actions of the ISD team in order to engage more women as farmers, affecting not only the improvement economically but socially as well.

The ISD team took the assignment of preparation of nursery and maize seeds as quickly as possible to meet the requirements of the farmers that committed to the implementation of the push-pull technology. Therefore, the focus of the next activities is the preparation of the promised inputs provided that the security conditions are well settled, including the delivery of Desmodium and Brachiaria seeds. Moreover, greater attention will be given to increase the numbers of female participants, and several strategies to do so drafted. The woreda Agricultural office officials will provide the necessary support to the farmers that fully agreed and confirmed their involvement in the project activities.

The next cropping season will be promising for UPSCALE project success in Ethiopia part! Stay tuned for more information from the field as UPSCALE events take place next week in Kenya and Rwanda!

We use cookies on our website to give you the most relevant experience by remembering your preferences and repeat visits. By clicking “Accept”, you consent to the use of ALL the cookies.
Cookie settingsACCEPTREJECT
Manage consent

This website uses cookies to improve your experience while you navigate through the website. Out of these, the cookies that are categorized as necessary are stored on your browser as they are essential for the working of basic functionalities of the website. We also use third-party cookies that help us analyze and understand how you use this website. These cookies will be stored in your browser only with your consent. You also have the option to opt-out of these cookies. But opting out of some of these cookies may affect your browsing experience.
Necessary Always Enabled
Necessary cookies are absolutely essential for the website to function properly. This category only includes cookies that ensures basic functionalities and security features of the website. These cookies do not store any personal information.
Non-necessary
Any cookies that may not be particularly necessary for the website to function and is used specifically to collect user personal data via analytics, ads, other embedded contents are termed as non-necessary cookies. It is mandatory to procure user consent prior to running these cookies on your website.
SAVE & ACCEPT